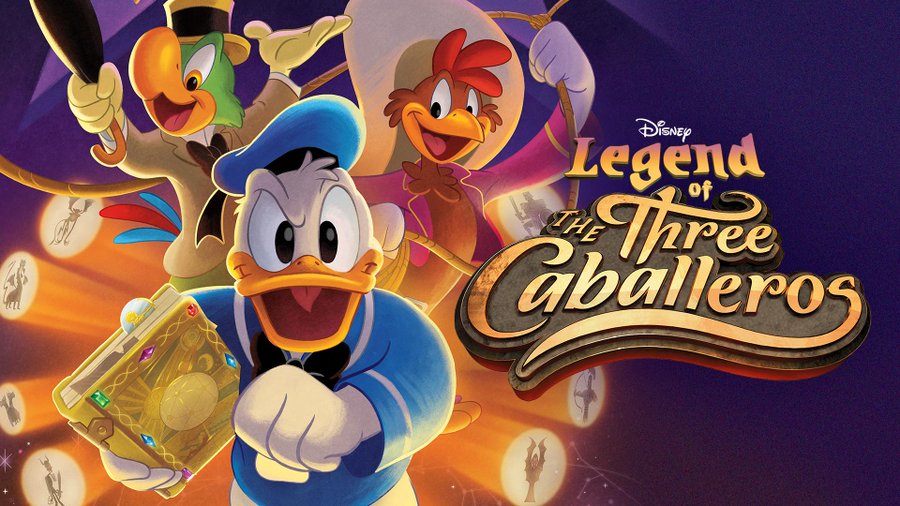 The follow-up to Saludos Amigos and the second of Disney’s World War II-era “package films” to be inspired by Walt’s ambassadorship to South America. (Briefly: the State Department, desperate to drum up support in South America, sent Walt on a goodwill tour of the region. Walt, who brought along a small team of artists, saw it as a way to creatively recharge his batteries.) Three Caballeros is the more fun, energetic version of Saludos Amigos, and has another all new character to join Jose and Donald: Panchito Pistoles (Joaquin Garay),

who was meant to represent Mexican culture. It also introduced Aracuan Bird, a weird South American bird of indeterminate origin who would go on to make several more appearances alongside the more popular characters. Although considered one of Walt Disney Animation Studios’ animated classics, the film features liberal use of live action footage, most of it featuring popular cultural figures from the time (Aurora Miranda, Dora Luz, etc.)

This is a movie that is lively and weird, especially during the kaleidoscopic “Donald’s Surreal Reverie” sequence which is trippier than anything the studio had done outside of the “Pink Elephants on Parade” sequence from Dumbo and all of Fantasia. Three Caballeros has had a surprisingly long shadow, as well, thanks largely to their appearance (complete with the magic carpet from the “Mexico: Pátzcuaro, Veracruz and Acapulco” section of the movie) in Gran Fiesta Tour Starring the Three Caballeros, the attraction at the heart of the Mexico Pavilion in Epcot Center’s World Showcase at Walt Disney World. Ole!