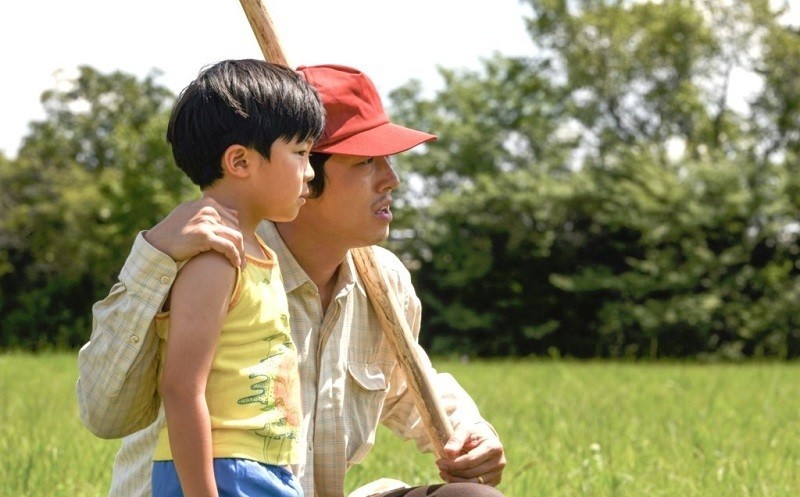 There aren’t a million different stories to be told. Most stories, even personal ones, contain familiar elements or come from similar sources. But there are different lenses through which to view the familiar, lenses which expand and transform our “shared” collective memory and/or experience. For example, the story of NASA, told in countless films and documentaries, was incomplete until the “hidden figures” of African-American mathematicians and engineers were revealed. And so the lens got wider. The story didn’t lessen in relevance, but expands because more people are included in it. Lee Isaac Chung’s “Minari,” loosely based on his own childhood in Arkansas, is this kind of film.

“Minari” is a familiar immigrant story, and a familiar American story, filled with the dream of owning land, working the land, being your own boss. Jacob (Steven Yeun) and Monica (Yeri Han), Korean immigrants, make the bold choice to leave their jobs as chicken sexers in California, to move to Arkansas with their two small children, chasing Jacob’s dream to start a small farm. Jacob revels in the dirt, the sweat, the vision of crops to come. Monica hates all of it, and the children look on, scared, as their parents’ marriage disintegrates. Monica’s mother, staying with them, adds tension in the small home. Grandma is a live wire, and Yuh-Jung Youn’s superb performance is key to “Minari”‘s impact (as well as the reason behind its title).